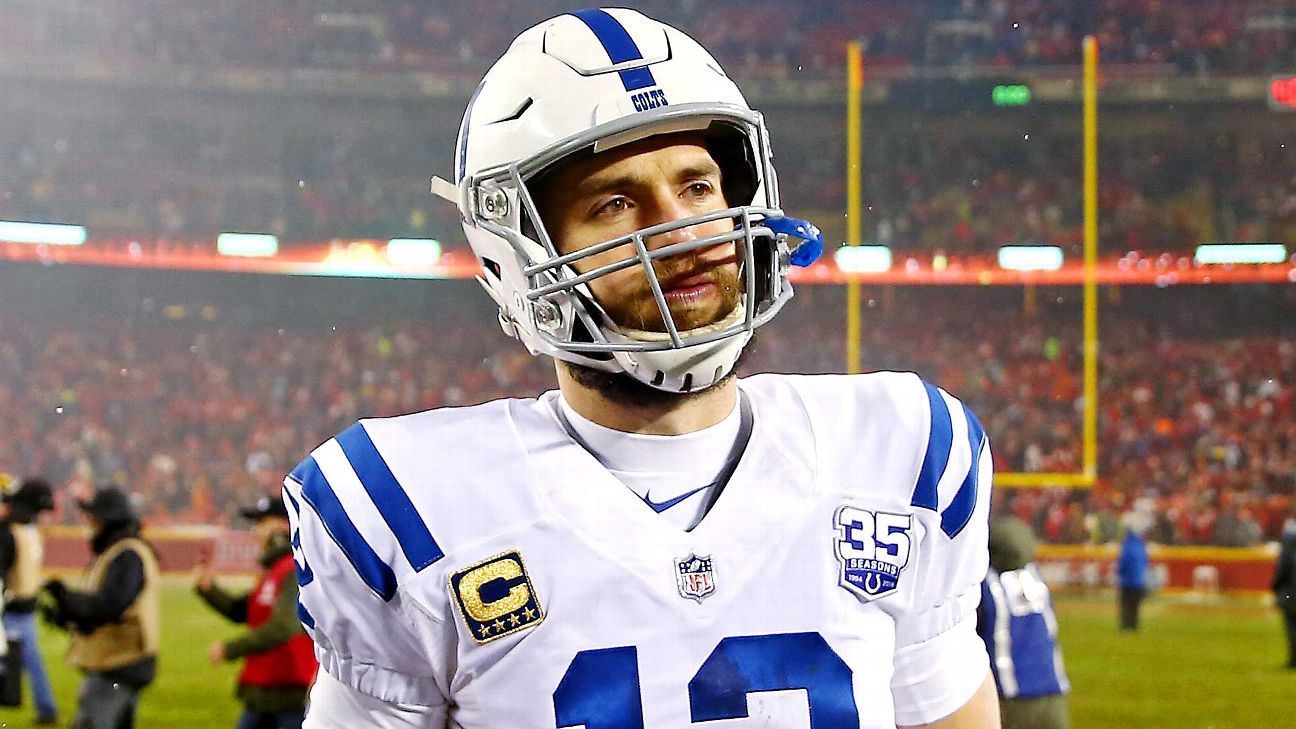 INDIANAPOLIS — In a shocking development Saturday night,Indianapolis ColtsquarterbackAndrew Luckannounced his retirement from the NFL, saying constant injuries have taken away his love for the game.

Luck, who turns 30 on Sept. 12, had met with Colts owner Jim Irsay earlier to tell him of the decision.

The Colts played their third preseason game Saturday night in Indianapolis against theChicago Bears. Luck already had been ruled out of the game because of an ankle injury, but he was seen on the sideline, laughing and conversing with teammates.

After the game, Luck announced his decision during an impromptu 25-minute news conference. He said an official announcement wasn’t planned until Sunday afternoon, but he changed course once news broke during the game.

“I’ve been stuck in this process,” Luck said, stopping several times to gather his emotions. “I haven’t been able to live the life I want to live. It’s taken the joy out of this game … the only way forward for me is to remove myself from football.

“This is not an easy decision. It’s the hardest decision of my life. But it is the right decision for me.”

Luck’s early retirement ends what started as a promising career for the No. 1 overall pick in the 2012 draft, chosen to replace Peyton Manning. Luck led the Colts to the playoffs in each of his first three seasons in the NFL, including back-to-back AFC South titles and an appearance in the AFC Championship Game in 2014.

But his career took a bad turn when he suffered a shoulder injury in Week 3 of the 2015 season. He ended up missing 26 games — including the entire 2017 season — because of shoulder, kidney and rib injuries. It was during the 2017 season while out that Luck questioned whether he would be able to continue his career.

But Luck returned in a big way last season.

He threw for 4,593 yards and 39 touchdowns to win NFL Comeback Player of the Year and lead the Colts back to the playoffs for the first time since the 2014 season, showing he remained one of the top quarterbacks in the league.

But an injury derailed Luck again earlier this year when he suffered a calf strain that kept him out of the team’s offseason activities and minicamp. Luck took part in only three days of training camp — none as a full participant — before it was announced that he was shutting it down because he had difficulty moving in the pocket.

“I’m in pain; I’m still in pain,” he said. “It’s been four years of this pain, rehab cycle. It’s a myriad of issues — calf strain, posterior ankle impingement, high ankle sprain. Part of my journey going forward will be figuring out how to feel better.”

“It was Monday,” Ballard said. “We all sat down and had a talk and continued through the week. Emotional talks on our parts. Not any negative emotional talks. Just some real honest talks. But did not get a sense. I watched Andrew go through the shoulder, his routine and how he rehabbed and worked through things. He was going through the same process all the way from when he walked in the building. He came in Monday and started working through this.”

It’s stunning news for a Colts team that went to the second round of the playoffs last season and that, in the eyes of many, had a Super Bowl-caliber roster in 2019.

“It’s very difficult,” Luck said. “I love this team, I love my teammates.”

Luck finishes his career with 2,000 completions, 3,290 attempts, 23,671 yards, 171 touchdowns and 83 interceptions. But some Colts fans seemed to forget those numbers, instead booing him as he walked off the field following Saturday’s game.

Colts fans react with a wide range of emotions after Andrew Luck’s retirement becomes public, including boos for Luck as he leaves the field.

With Luck dealing with a variety of injuries in 2017, Brissett started 15 games for Indy, throwing for 3,098 yards, with 13 touchdowns and seven interceptions. The Colts posted a 4-11 record in Brissett’s 15 starts, and he ranked 27th out of 30 qualified quarterbacks with a 43.3 Total QBR and 30th out of 32 qualified QBs with a 58.8 completion percentage.

But Luck, Ballard, Irsay and coach Frank Reich all threw their support behind Brissett with the regular season two weeks away.

Sportsbooks reacted quickly to the Luck news, taking the point spread on the Colts’ Week 1 road game at the Chargers off the board and lengthening Indianapolis’ odds to win the Super Bowl, the AFC and the AFC South.

But that mattered little to the Colts on a franchise-changing night.

“We have nothing but gratitude and thankfulness for the blood, sweat and tears he spilled as No. 12,” Irsay said. “Part of our heart is broken tonight. We know we must go forward.”

Information from ESPN’s David Purdum and Adam Schefter was used in this report. 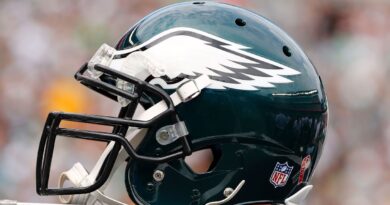 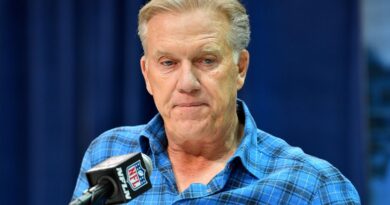 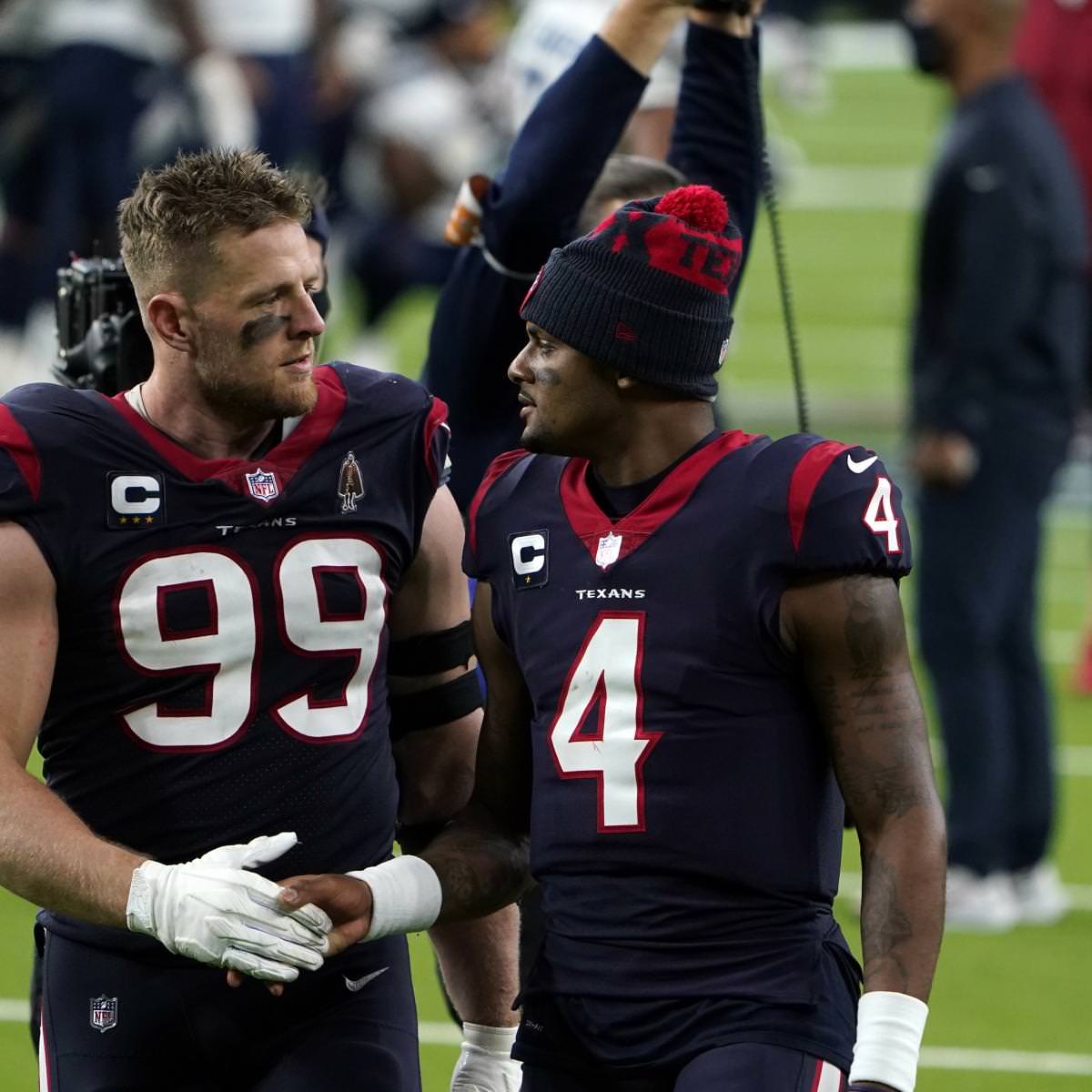