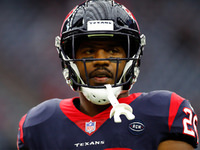 Houston saw one of its starting skill players go down with a serious injury early on Saturday night.

Texansrunning backLamar Millerwas carted off the field with an apparent leg injury on Houston’s first drive of their game against theDallas Cowboys.

Miller is believed to have suffered a torn ACL, NFL Network Insider Ian Rapoport reported, per a source. The running back will undergo an MRI to confirm the diagnosis.

On the second offensive play of the game, Miller took a handoff fromDeshaun Watson, ran right and was hit at the knees byCowboysdefensive tackleMaliek Collinsfor a loss. Miller went down in pain immediately, was tended to by trainers and then carted into the locker room.

Miller started 14 games in 2018 for theTexans, racking up 1,136 total yards and six scores on 235 touches. The 28-year-old running back was battling newcomerDuke Johnsonfor starting snaps in Houston’s offense. 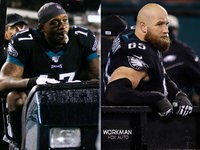 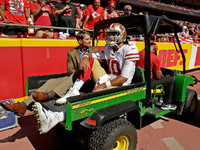