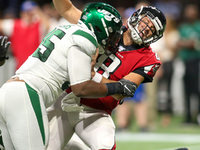 The NFL has decided to fine rookieNew York Jetsdefensive linemanQuinnen Williamsfor his actions in Week 2 of the preseason, per NFL Network reporter Tom Pelissero.

Williams has been fined $21,056 for a late hit onFalconsquarterbackMatt Schaubin the second quarter of the Jets-Falconsgame on August 15. The play occurred on Schaub’s first snap of the game after coming on for starterMatt Ryan.

Williams was not flagged for the hit and, according to Pelissero, he is expected to appeal the decision.

Other news we’re monitoring around the league:

1. Pelissero also reported thatBrownssafetyJ.T. Hassellhas been fined $28,075 for unnecessary roughness during the Browns-Coltsgame on August 17.

Hassell’s offense came when he lowered his helmet to levelColtsrunning backNyheim Hinesduring a punt return with less than 30 seconds remaining in the third quarter. Hines was hurt on the play and Hassell was penalized for unsportsmanlike conduct, which was declined.

2. NFL Network Insider Ian Rapoport reported the latest onNew England PatriotsreceiverJosh Gordon, who continues to work his way back into the NFL after being reinstated earlier this month.

Meanwhile, as was clear when he practiced,#PatriotsWRJosh Gordonpassed his physical and is off NFI.

6. TheMiami Dolphinshave officially released ST.J. McDonald, 28, who was preparing to enter his third season with the team. Prior to his stint in Miami, McDonald was a member of theRamsfor four seasons after being drafted 71st overall in 2013. Rapoport added more specifics regarding McDonald’s contract.

On the 4-year, $24M extension negotiated by Andrew Kessler, McDonald still has an additional $3.7 fully guaranteed this season. So he gets paid regardless.https://t.co/HJJbBfOQaa 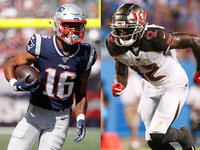 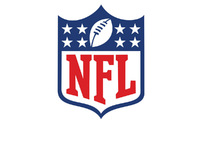