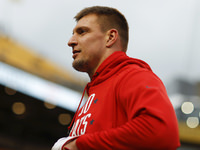 Rob Gronkowski is returning to your TV set on Sundays. He’ll just be suited up a little differently.

The formerPatriotstight end has been hired as an analyst for FOX NFL Sunday, NFL Network Insider Ian Rapoport and NFL Network’s Mike Garafolo reported. FOX announced Gronkowski will begin this Thursday on the pregame show for Patriots-Giants, alongside Hall of Famers Terry Bradshaw, Michael Strahan and Tony Gonzalez.

Gronk will eventually be inducted in Canton himself, a development that might only be delayed by a return to the game.

Tom Bradytold reporters he expects to see “hard-hitting analysis” from Gronk when informed of his former teammate’s new job.

“He’ll be good,” Brady said. “He’s been good at everything he’s done. I didn’t know that, that’s good for him. Good opportunity.”

Gronk’s latest move suggests he isn’t planning to play this season. The 30-year-old told Rapoport in early September he’d need about a month of trainingif he were to unretire.

For what it’s worth, Gronkowski hasn’t been replaced in New England. The league’s lone 5-0 team has gotten just eight touches out of its tight ends. That’s no longer Gronk’s responsibility to change, just discuss. 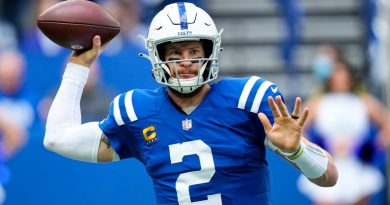