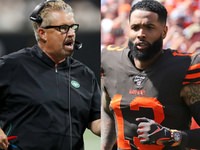 New York Jetsdefensive coordinator Gregg Williams bit back atOdell BeckhamJr.’s suggestion that the DC told his players to hurt the receiver during a preseason tilt when he was an assistant with theCleveland Browns.

On Thursday, Beckham said he needs to watch out for “cheap shots and dirty hits” during Monday night’s matchup between theJetsandBrownsbecause Williams “likes to teach” that stuff. OBJ also said he believed Williams directed players to try to take him out of a preseason game in which the receiver ended up injured.

On Friday, Williams got feisty when broached about Beckham’s comments.

“Odell who? … That was a joke. That was Jerry [Jones],” Williams cracked. “That’s just, those are things, I think there have been several players, I just found out about [Beckham’s comments], but there have been several players that have already come out that have mentioned things about that. We don’t do that. I’ve never done that anywhere I’ve been. We don’t do anything to hurt the team. That’s the No. 1 primary thing. If you’re committing penalties, you’re doing those types of stuff. We just don’t do it. And you guys are cooperating, giving him attention. Just don’t give him attention. It just is what it is.”

When it was pointed out that Williams was disparaging one of the most dynamic players in the NFL, Williams was defiant, cutting off the reporter and questioning whether Beckham belongs in that category, citing as his evidence theNew York Giants‘ willingness to trade the receiver.

“That’s your opinion,” Williams retorted. “What’s New York’s opinion? TheGiants‘ opinion? What did theGiantsdo? So that’s not a question for me.”

In a combative back-and-forth with the N.Y. media, when Williams was asked how his comments about not teaching to injure opponents meshes with his being suspended for the Bountygate scandal while with theNew Orleans Saints, the defensive coordinator called for the next question.

“Was that right or wrong? And again, I don’t want to talk about that,” he said. “Next!”

“We play hard. We play hard, fast, physical. We play tougher for longer. We do that,” he said. “It’s not professional flag football. OK? This is what we do. And we play very, very hard and we have to do everything not to hurt the team. We got to attack, that’s what we do. We don’t react, we attack. We play hard. And those guys over there, they know that. Those players over there know that too. All the really good players in the league know that, that’s how you do it, offensively, defensively, special teams, you do that.”

At least oneJetsplayer has his coach’s back.

G Dub! I luv you, coach! Got your back!pic.twitter.com/qv8kCqh4vz

Before Williams’ contentious meeting with the media, head coach Adam Gase said he hadn’t seen or heard of the coordinator teaching dirty tactics to his players.

“For me it’s… I haven’t seen that,” Gase said. “You know, I’ve been in a lot of meetings, both defensive meetings with the coaching staff and when our guys have been coaching players, whether it be in position meetings, like, defensive team meetings, everything has always been about us. It’s always been about playing fast, executing our assignments, effort, energy. I’ve never heard talk like that. So, I can’t say what he’s saying because I’ve never heard talk like that. So, I would just say everything I’ve heard from Gregg Williams and our staff has been the type of things that we want football to be played like. Which is about, it’s about us, energy, effort, I mean, everything I’ve seen we’re coaching it clean.”

Williams’ comments about Beckham are sure to play well in Cleveland. Not that professional athletes need the motivation to get up for a primetime game, but the opponent’s defensive coordinator dismissing OBJ will provide a juicy undercurrent as theBrownsface theJetssansSam Darnoldon Monday night.

Get your popcorn ready. 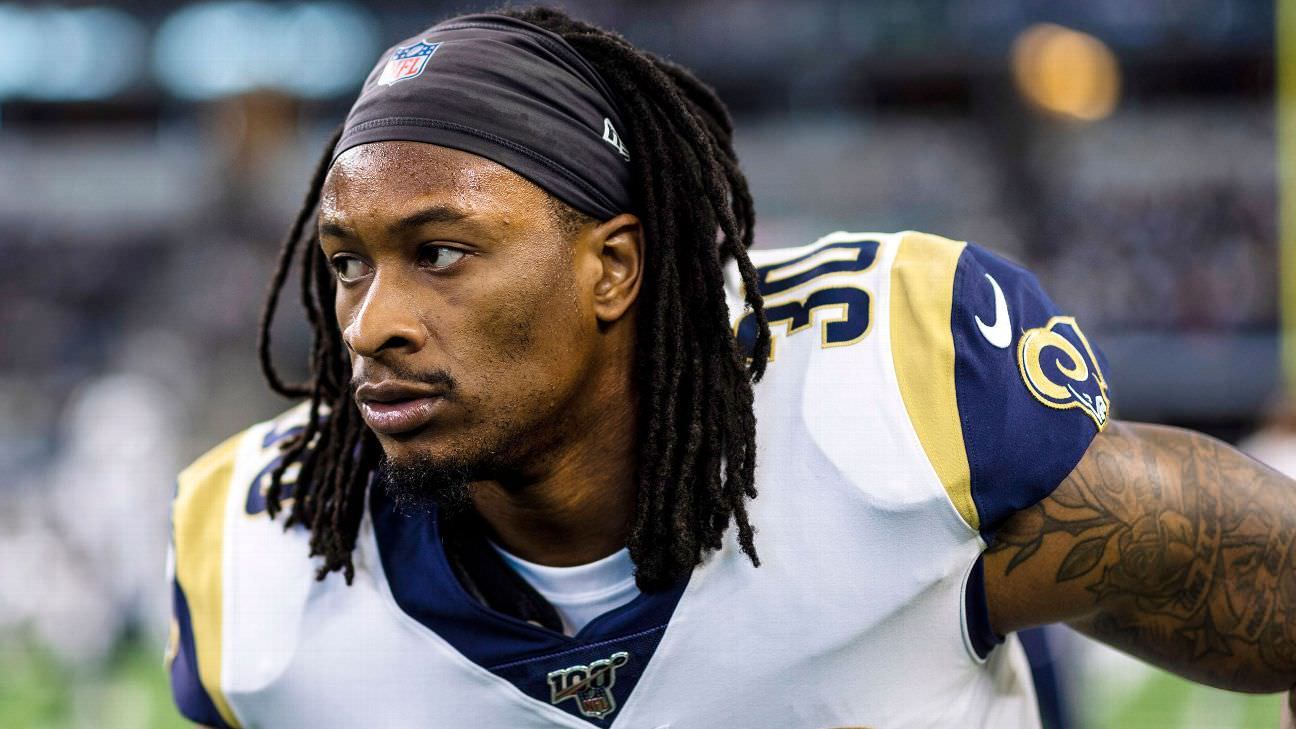 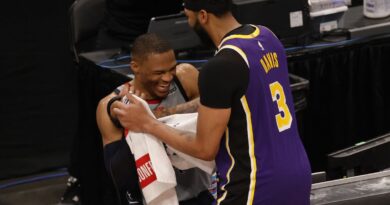