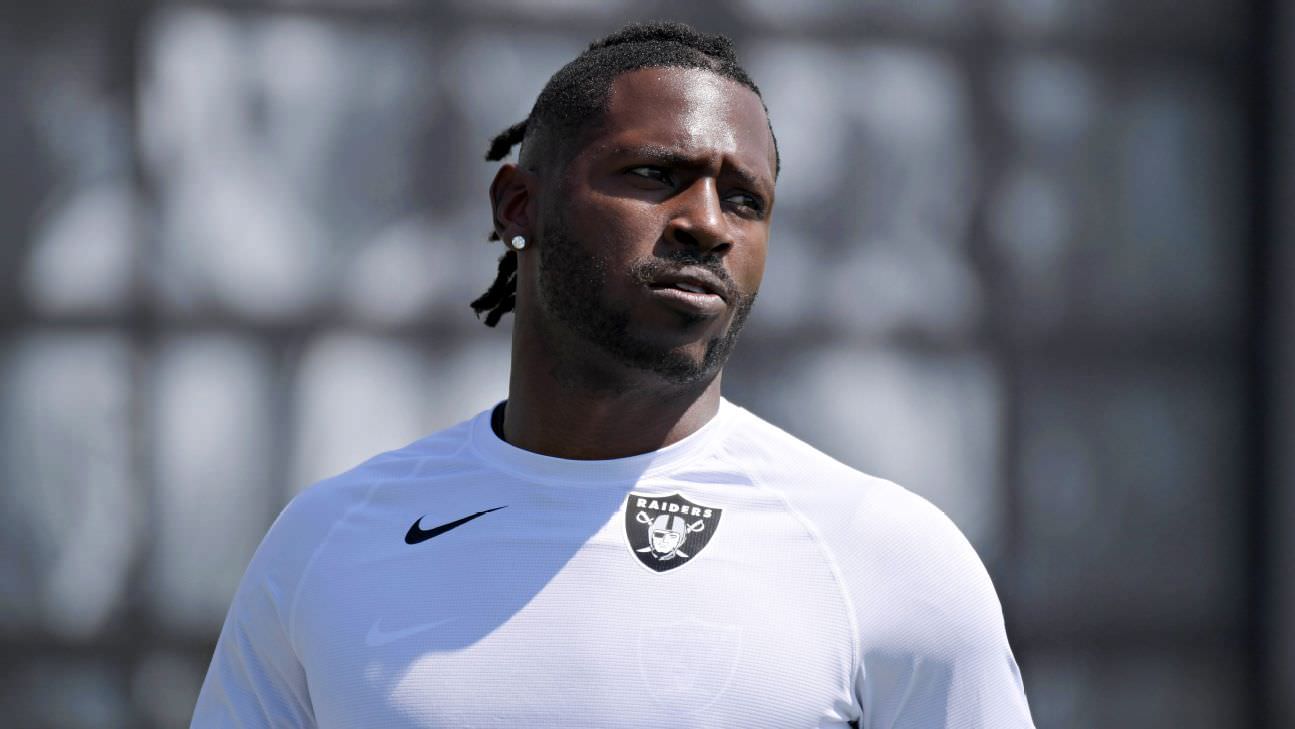 NAPA, Calif. —Antonio Brownreturned toOakland Raiderstraining camp for the first time in two weeks on Tuesday, with a compromise on his helmet issue seemingly in sight and his frostbitten feet continuing to heal.

The four-time All-Pro receiver came out to the field at 11:05 a.m. PT, about 15 minutes before practice ended.

“I’m extremely grateful to be here,” Brown said. “Been dealing with a lot of adversity. I’m excited to be back, see my teammates, and get in the groove of things.”

Brown and his agent, Drew Rosenhaus, acknowledged the helmet issue has been weighing on the player. He accepted Monday’s decision by an independent arbitrator that went against him using his 10-year-old Schutt Air Advantage helmet, but now he’s looking at a possible resolution that can result in him wearing the same model, just more recently produced.

Earlier Tuesday, Brown put out a post on social media asking fans for their help in finding a version of his old helmet that has been manufactured since 2010.

“I’m looking for a Schutt Air Advantage Adult Large Helmet that was manufactured in 2010 or after. In exchange I will trade a signed practice worn@Raidershelmet.”

Rosenhaus said they had located some and that it was just a matter of getting one of those reconditioned and re-certified.

“So, it’s all reasonable,” Rosenhaus said. “I mean, it’s all very plausible.

“Understand that this is a guy that’s worn this helmet for nine years. He’s taken a million hits and he’s been healthy and one of the most durable players ever at his position. So you can understand why he’d want to continue to wear that helmet. It’s very important to him. It’s a big part of his safety. … The Schutt Air Advantage is what he’s worn his whole life.”

If Brown can get a model that’s been manufactured since 2010 certified by the National Athletic Equipment Reconditioners Association (NAERA), it is not clear whether the NFL would sign off on it, because the technology is outdated.

Schutt discontinued the Air Advantage in 2009, according to Glenn Beckmann, Schutt’s director of marketing communications. But the company continued to manufacture the model for a short period afterward to ensure a supply of parts for reconditioning and warranty claims.

Beckmann said he “can’t imagine” any Air Advantage models were manufactured after 2011, and the company does not have any in stock. Helmets are registered with an eight-character number stamped inside the product, similar to a VIN number for automobiles, that confirm its manufacture date.

“There was nothing wrong with the Air Advantage,” Beckmann said. “It had just outlived its life.”

Brown has tried out the new certified helmet and believes it protrudes and interferes with his vision as he tries to catch the football. He also argued that his helmet made him feel safe.

Rosenhaus reiterated that his client, who was acquired from thePittsburgh Steelersin March and promptly given a three-year, $50.125 million contract, had been working on the helmet issue for “months.”

Brown had reportedly threatened to retire if he was not allowed to wear his helmet.

Jon Gruden says it’s great to have Antonio Brown back and expects him to be ready for the regular season opener.

Rosenhaus also said that Brown’s absence from the Raiders had everything to do with the extreme frostbite on his feet he suffered in a July cryotherapy mishap in France.

“It wasn’t his intention to leave the team for the period of time that he did; he’s always had a good line of communication with the club,” said Rosenhaus.

The Raiders have held 12 practices, with Brown participating in just one pre-practice walk-through on July 28. He was limited before leaving early on July 30, and he had not been with the team since that day.

“It’s a process,” Brown said. “We don’t make excuses. I’m here today just to get things on the up and up. I’m feeling a lot better. It’s been a process through all the adversity, but I’m still here standing, so it’s an opportunity for me to do what I desire to do.

“Feel a lot better, you know? Working towards 100 percent. Been a process with the feet. Any time you’ve got a lot of blisters, it’s hard to change directions, cut and run and do what I do naturally.”

Brown, who still appeared to be walking gingerly Tuesday, smiled when asked if there was a time frame for him to return to the practice field.

“I guess you’ve got to stay tuned,” he said.

Raiders coach Jon Gruden said he’s not sure whether Brown, who was a mainstay during the Raiders’ offseason program and put in extra work with quarterbackDerek Carr, will play in any of the team’s three remaining exhibition games.

Asked, though, if Brown will be ready for the season opener on Sept. 9 against theDenver Broncoson ESPN’s “Monday Night Football,” Gruden had no doubt.

“Obviously, it’s great to have him back. We’ve had a pretty good understanding, in spite of what people think. … We’ve had a pretty good understanding of the foot injury. We know where he’s been. We know what he’s been through. We’re thrilled to have him back and, obviously, we think he’s a great player and we’re anxious to get the men together and get rolling.”

Count Carr among them.

“Can’t wait for him to suit up and be out there with us,” Carr said. “… Any time a teammate comes back, it always brings life to the team.

“We’ll be ready to go Week 1. We’ve got a lot of time until then. … Get some game-plan plays down, some routes, certain cuts he’ll run for us. The fact that he’s here is a good sign. It’s good for us.” 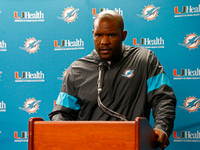 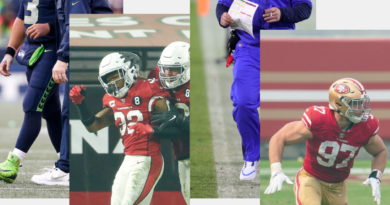 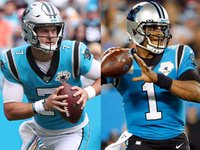